How Is Technology Affecting The Career Of A Graphic Designer?

The developing and advancing technology have had a significant effect on the world we live in today. The new generation and young adults nowadays are growing up not knowing how to exist in the world without the internet.

Speaking of revolutionizing the world, technology has had a significant effect on the ways of how industries had worked in the past decade. It is enhancing the way entrepreneurs think and act to a certain situation.

Graphic designing is one of the many careers that have changed over time along with the advancement of technology. The craft the budding logo designers learn today is far from different to what it was a decade ago. Similarly, the technology and software they used to create a logo design were far from being advanced to create out of the box logo designs.

But what is it like to work and adapt the changes as a graphic designer?

Graphic designing is not a new thing. Although it has changed over the years, it is making a positive impact on the design industry along with improving the creative process of the designer. Think about it: previously the designers were limited to their skills of drawing and their imagination to make a certain image, but today, due to the advanced technology, designers are able to use the new software programs to expand their horizon and create a mesmerizing image with shapes and colors to give it perfection.

How is technology affecting a designing career?

As the world is moving to the digital age, there is a change in which people communicate and socialize with others. Before the inception of programs like Adobe and Autodesk Maya designers were not able to visualize the digital pieces of the complexity that can be seen today.

Technology has not only altered the way in which designers do their work, but it has changed the way in which they present their work. Designers nowadays are showcasing their work on social media platforms— either through a Facebook fan page or twitter feed or through blog posts— as the main source of their publicity.

It can be said that the design industry has been evolved immensely with emerging and advancing digital technology. It has changed the hand drawn or manual illustrations to computer graphic images and rendering. Design software like Adobe which was limited to specific tools in Photoshop is dramatically expanding and speeding the design process with the software such as InDesign which have opened up many different designing tools for the professionals which previously seemed impossible. It might seem that it has replaced the creative mindset of a designer, but the fact is that it has just enhanced their capability of thinking out of the box by easing the designing process.

The rise of adobe and other graphic designing technology

Considering the evolution of technology, it won’t be wrong to say that adobe’s incredibly successful Photoshop software program initially released in the 90s has revolutionized the designing industry and the designing jobs. No longer does the logo designers or animators have to carry out the laborious process of creating manual illustrations as technology has enabled the graphic designers to carry out the entire process from the comfort of a computer screen, from anywhere at any time.

As we move on toward the recent developments of technology in the industry, the most notable software releases if adobe that is followed by the successful steps of Photoshop are InDesign and Dreamweaver that are most prominent among other names in the industry.

Moving to the most recent developments, we can see the initiation of Canva and other online designing applications with which the logo designers are able to fully embrace the digitalization of the industry with self-titled template based designing platforms. Entrepreneurs who are not associated with the designing industry take advantage of these platforms to develop creative logo designs and themes enabling them to give a personal touch to the in their design.

The rise of the internet

The internet is considered to be a game changer for the design industry, which had helped in revolutionizing the process of designing from working behind a desk to be able to work from anywhere in the world. The internet is making the jobs of a graphic designer to be mobile, and designers are able to manage their work from their laptops. The only necessary thing is to have the right software and a solid internet connection.

Other than that, the internet has enabled the designers to find work on the online platforms with the help of job sites which lists the requirement of employers looking to hire a designer. As said before, graphic designers have a social media presence which helps them to market themselves, and as a result, it leads them to get employed by companies or individuals to make compelling and out of the box designs. Having a personality on social media along with having a strong portfolio can benefit a graphic designer to reach the top of the designing industry.

All in all, it can be said that technology has enlarged the world of design by creating numerous easy to use software and applications for the creative minds and has enabled them to focus their creativity solely on the designs rather than the focusing upon the arduous process. It won’t be wrong to say that technological development is continuously affecting the design industry and has led it to rise in popularity among all the other jobs. With the developing and advancing technology that can be witnessed today, it has become more exciting to look forward to work in the graphic design industry.

What is CAD Software ? 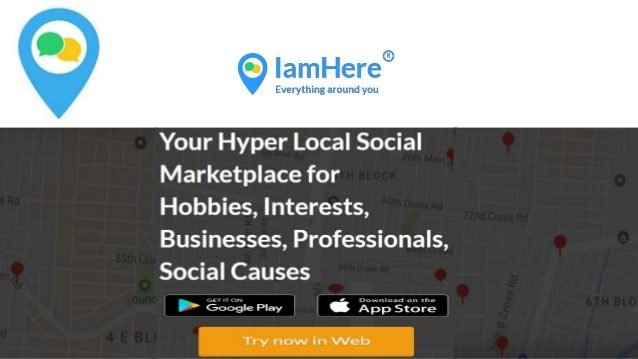 Connect with artists around you using iamhere app

How to check Aadhar card status